He begged her not to tell her friends that it would be him serving them at the party....and she had agreed....she had supplied him with a mask....pink of course.....but he didn't think about that "Property of....." tattoo she had insisted he get on his cute little bottom!!!!
Later, when some of the other games started, after they'd all had a chance use him with their strap-on party favors, they would all watch while she put his little cockette in the cage....where it would stay, at least until their first anniversary!!!! 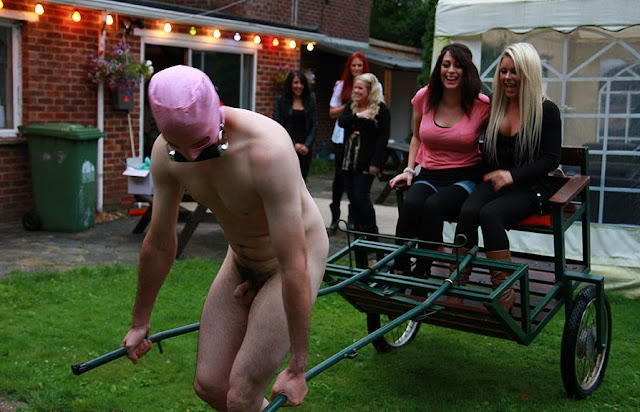